Recent excavations at the Aurignacian site of Seňa I, Slovakia

See the whole photset at our Flickr page (new window)!

In July of 2016, the Institute of Archaeology of the Academy of Sciences of the Slovak Republic and the University of Cologne conducted a small-scale excavation of the site of Seňa I in the Southern Slovakia.

The site of Seňa I is located in the Northern Carpathian Basin on the middle terraces of the Hornád River close to Hungarian border. It is part of a collection of well-known sites along the Hornád Valley including Košice-Barca, Kechnec, Seňa, Milhost’ and Čečejovce (Bánesz 1968; Hahn 1977; Kaminská 2014) that have been recognized for their numerous “Evolved Aurignacian” artifacts (Svoboda 2006) and deeply incised ditches or “grabens” often containing stone-lined hearths and artifact concentrations frequently interpreted as subterranean storage units and dwelling structures (Bárta 1987).

Unfortunately, most of these sites have been found in short, heavily-eroded sedimentary sequences and with the exception of the now destroyed Košice-Barca I and Kechnec, remain largely undated. At Košice-Barca I, charcoal yielded a date of 34±302 ka cal BP (Verpoorte 2002, Tab. 9), but this is considered a minimum date because of the long period between collection and measurement. After L. Bánesz (1968) the industry was thought to relate to the latest phase of the Aurignacian in Eastern Slovakia. At Kechnec, two dates from charcoal suggest a later date around 32.1± 202 ka cal BP however these neither can be firmly connected to the Aurignacian settlement (Kaminská 2014, p. 156).

Stratified radiometrically-dated sites in the Carpathian Basin are rare so a main goal of this excavation was to confirm that stratified material existed and to attempt to extract samples for dating. Approximately 15 square meters were excavated to an approximate 1-meter depth. We found a high density of stratified lithic artifacts including a number of typical Aurignacian artifacts such as prismatic cores, blades, endscrapers and burins. Most of the artifacts were manufactured on local limnosilicites from the Hornád River though some were manufactured on semi-exotic radiolarite and obsidian. Sediment samples were taken for radiometric and geochemical analyses. The results of these investigations are still pending.

The site of Seňa I now appears to be the only known stratified Aurignacian site in the Northern Carpathian Basin and as such has important ramifications for the Danube corridor hypothesis which posits that modern humans entered Western Europe from Southeastern Europe along the Danube catchment. It also may also be helpful in clarifying the chronology of the transitional Szeletian cave sites in the nearby Bükk Mountains and the fate of Neanderthals in Central Europe. 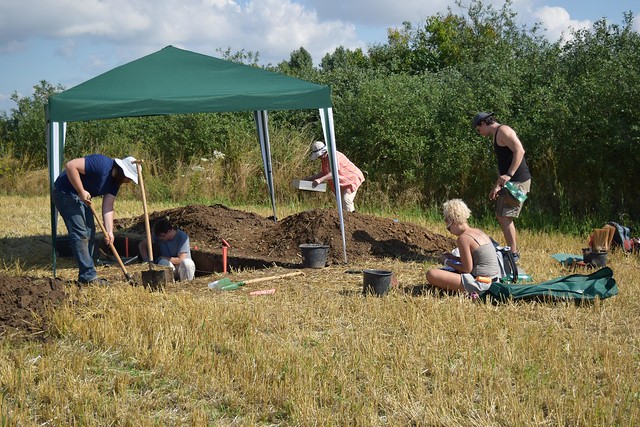 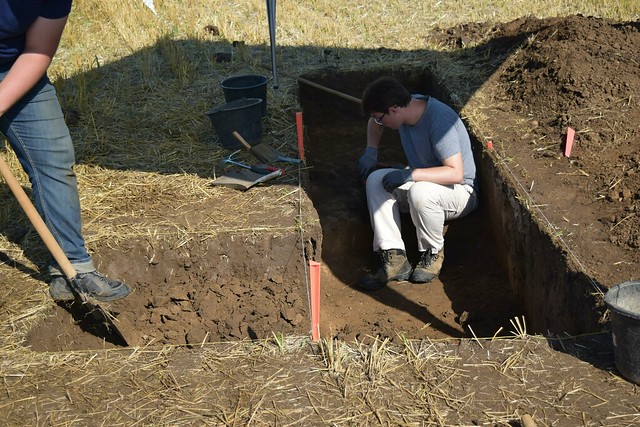