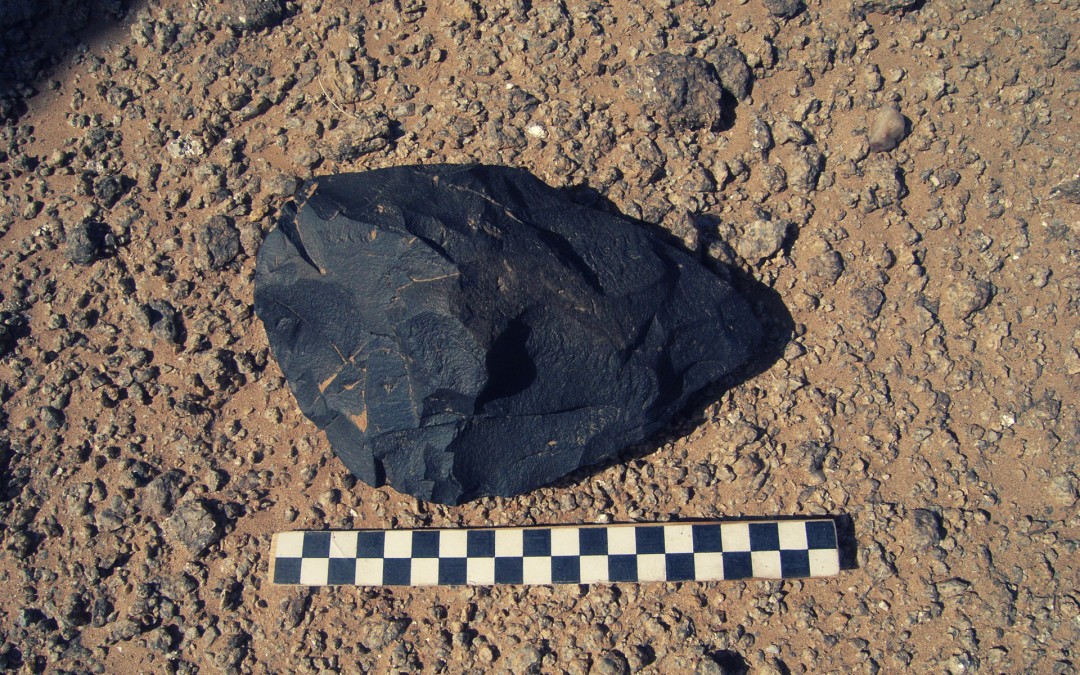 The Out-of-Africa hypotheses gather recent African Earlier Stone Age research under one of the most important interpretive umbrella, which has to be tested against the hostile environmental and taphonomic situation in the Sahara. We recognize only a few ESA sites here, mostlyin secondary contexts. The object of this paper is one of these contexts from the Sudan.