The plow brought mammoth bones and limnosilicite chipped stone artifacts to light near the village Feldebrő, Northeast-Hungary, in 2011 (Fig. 1). Here, on a higher terrace of the river Tarna, on the field called Bakoldal, dr. Mihály Gasparik paleontologist and his colleagues have been excavated the remains of two wooly mammoths in the following year (Fig. 2). In the vicinity of the dig site, past human presence was apparent in the form of chipped stones: raw material chunks, cores and debitage, but not finished lithic tools. Around the faunal remains, three postholes have been recovered with diameters between 8–12 cms. Under the mammoth remains further bones were lying, suffered from extreme heat, testified by their charred state. The expert of the Museum of Natural History’s Department of Paleontology summarized these phenomena as a Pleistocene meat deposit. Collagen extracted from the mammoth bones gave a radiocarbon date of 12 300±200 BP (13 200−11 800 cal BC, DeA-1735) to this site, that is surprisingly young in comparsion with other known mammoth occurences in Hungary. 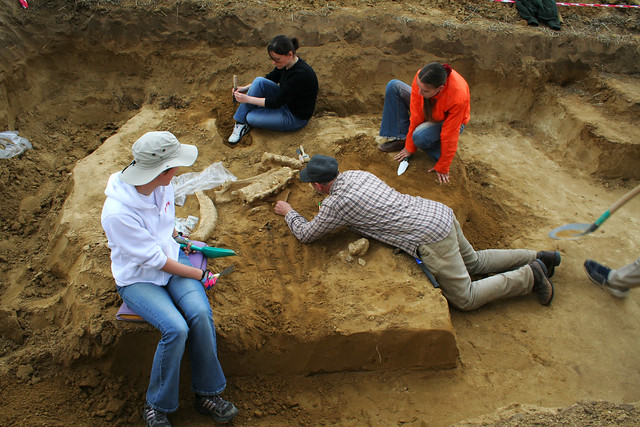 Feldebrő-Bakoldal site saw the first systematic archaeological survey and excavations this year, by experts of the Dobó István Castle Museum in Eger, in close collaboration with a group of enthusiastic volunteers. Beside two field walkings in the spring of 2016, János Stickel and his associates conducted geophysical surveys. The surface finds, mostly chipped stone artifacts with an Upper Palaeolithic character, covered an almost 12 ha area (fig. 3). Some fossil bones, Bronze Age sherds and bones complement the artifact collection. Five artifact concentrations stood out from the scatter, most probably remnants of different Palaeolithic occupations. We opened our trenches according to this scatter pattern (Fig. 4). 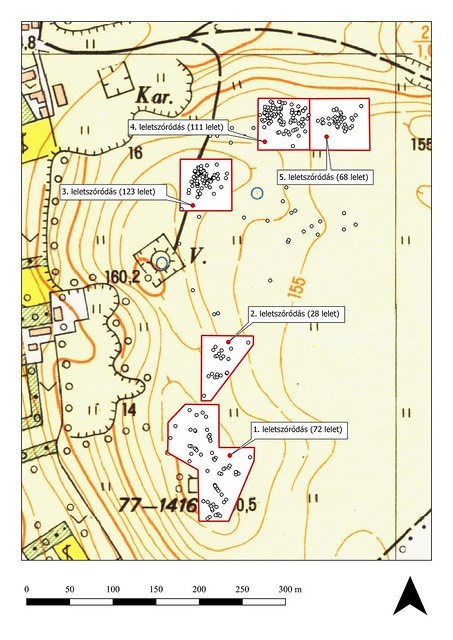 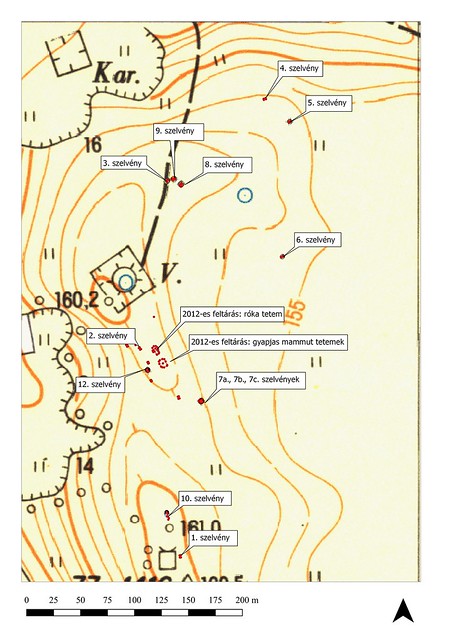 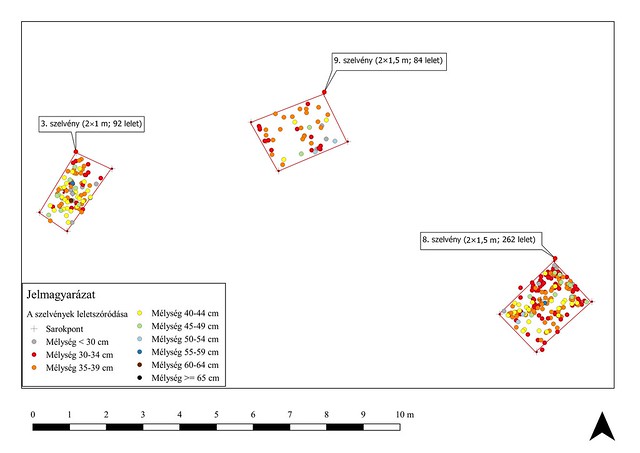 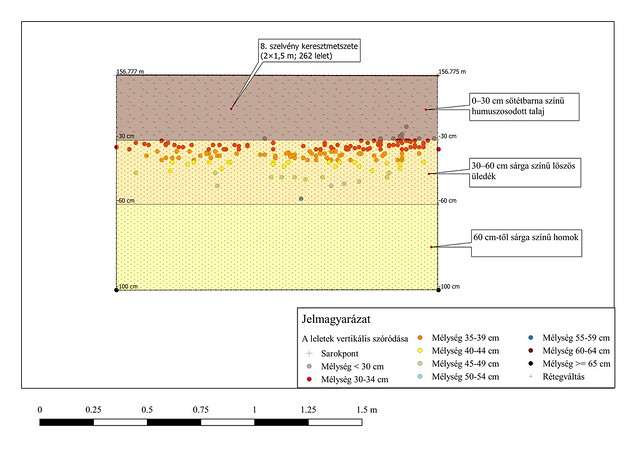 The majority of our findings from these trenches occured between 30–45 cms depth (Figs. 5-6). Among the lithics we can mention blades, flakes, cores, fragments and typical tools, mostly backed bladelets and burins. Trench 3 contained a fair amount of charcoal, giving the impression of a hearth west, southwest to this section.

Proportion of backed bladelets, other small pieces and burins among the finds gives an impression of an Epigravettian (ca. 16–13000 BP) industry. This hypothesis will be tested with the help of absolute dating in the near future. The raw material composition is dominated by local limnosilicites from the known sources of Mátraderecske and other Mátra Mountain spots (Figs. 7-9). The collection also contains quartz porphyry (metarhyolite), flint from the today Czech Republic and a very uncommon material, red or mahagony obsidian. 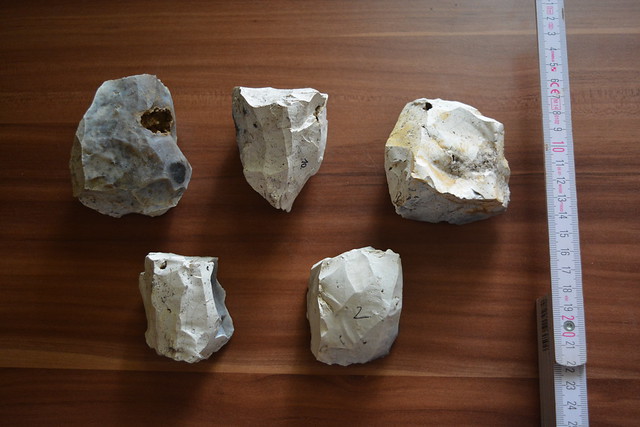 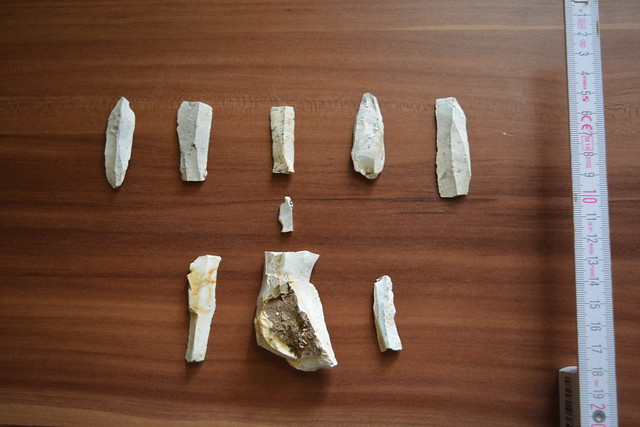 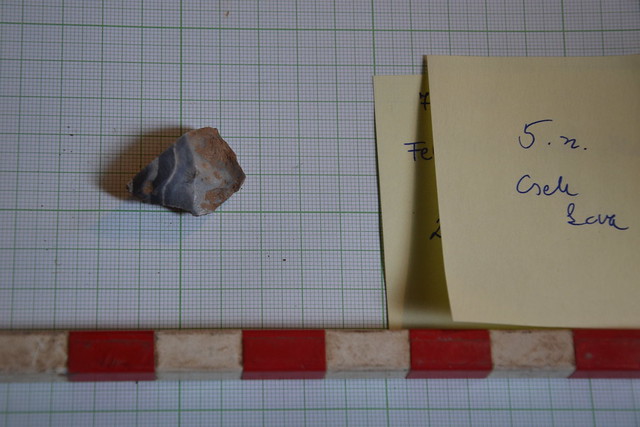 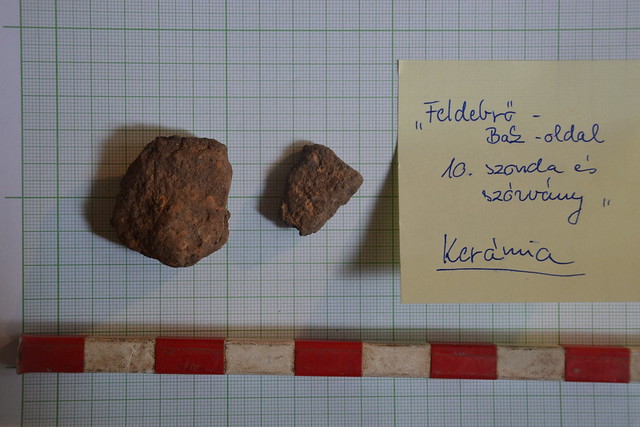 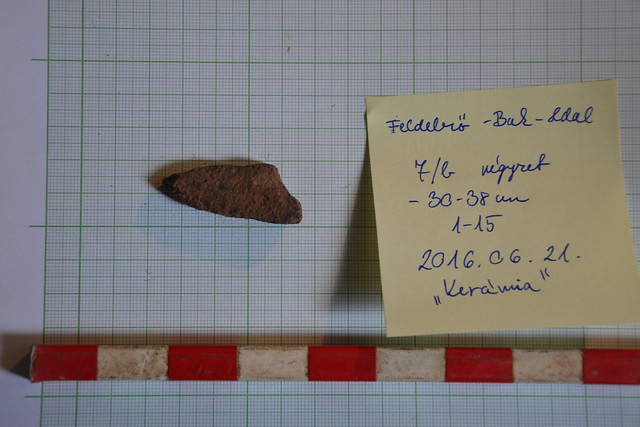 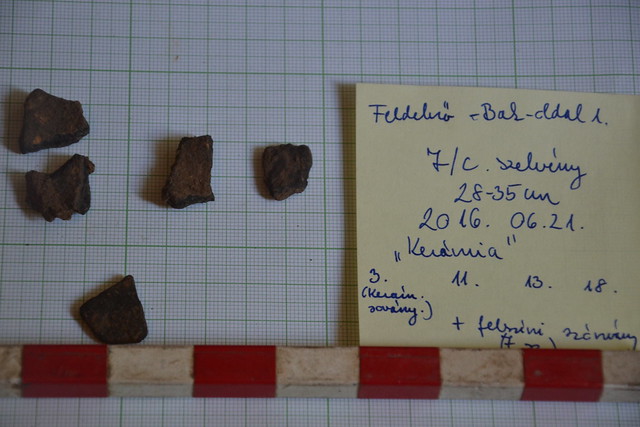 Figure 10. Feldebrő-Bakoldal, ceramics from trench 10 and from the surface. Original image

Figure 12. Feldebrő-Bakoldal, ceramics from trench 7/c and from the surface. Original image

Unique finds are 24 pieces of ceramic/clay artifacts, found in association with the Palaeolithic chipped stones in the trenches, without any secondary infilling or other disturbances in the stratigraphy. They always occured in 29-69 cm depth (Figs. 10–12), and clearly they have no association with the rare Bronze Age or other Holocene artifacts on the surface. According to the preliminary microscopic examinations these ceramic artifacts were fired at 400–500 °C, their matrix is basically sandy, with a layered structure which points to deliberate human modification. Further analysis is needed for their evaluation, a task that will be conducted by the close collaboration of dr. Ferenc Kristály, associate of the Department of Mineralogy and Petrology, University of Miskolc.

Similar artifacts from Hungary are known only from the early Mesolithic Erk 1. site, where archaeologists encountered ceramic artifacts both during surface surveys and excavation.

The use of fired clay is sporadically present through the Upper Palaeolithic period in Eurasia, to say, between 40 and 12 thousand years ago. In the Early Upper Palaeolithic Greece, prehistoric men used clay plates to roast grains. During the Middle Upper Palaeolithic, ceramics were present in the Gravettian (Pavlovian) of the Czech Republic and at the Kostenkian sites of the Russian Plain. We recognzie figurines of the Pavlovian, that were made of clay, baked at 400–800 °C. In the East, Kostienki and Zaraysk sites provide curved ceramic sherds, interpreted as remnants of fireplace or oven linings. Their shape can point towards the use of ceramic containers too. Pottery makes its first appearance in Eastern Eurasia, during the second half of the Upper Palaeolithic period. Exceedingly early examples are sherds from the chinese Xianrendong cave (20–19000 cal BP). From that time on, pottery appears along the river Amur, and other parts of Siberia, as well as in Japan (Jomon culture).

We express our gratitude for the voluntary contributions to the archaeologists, archaeology technicians and associates, thank You very much: